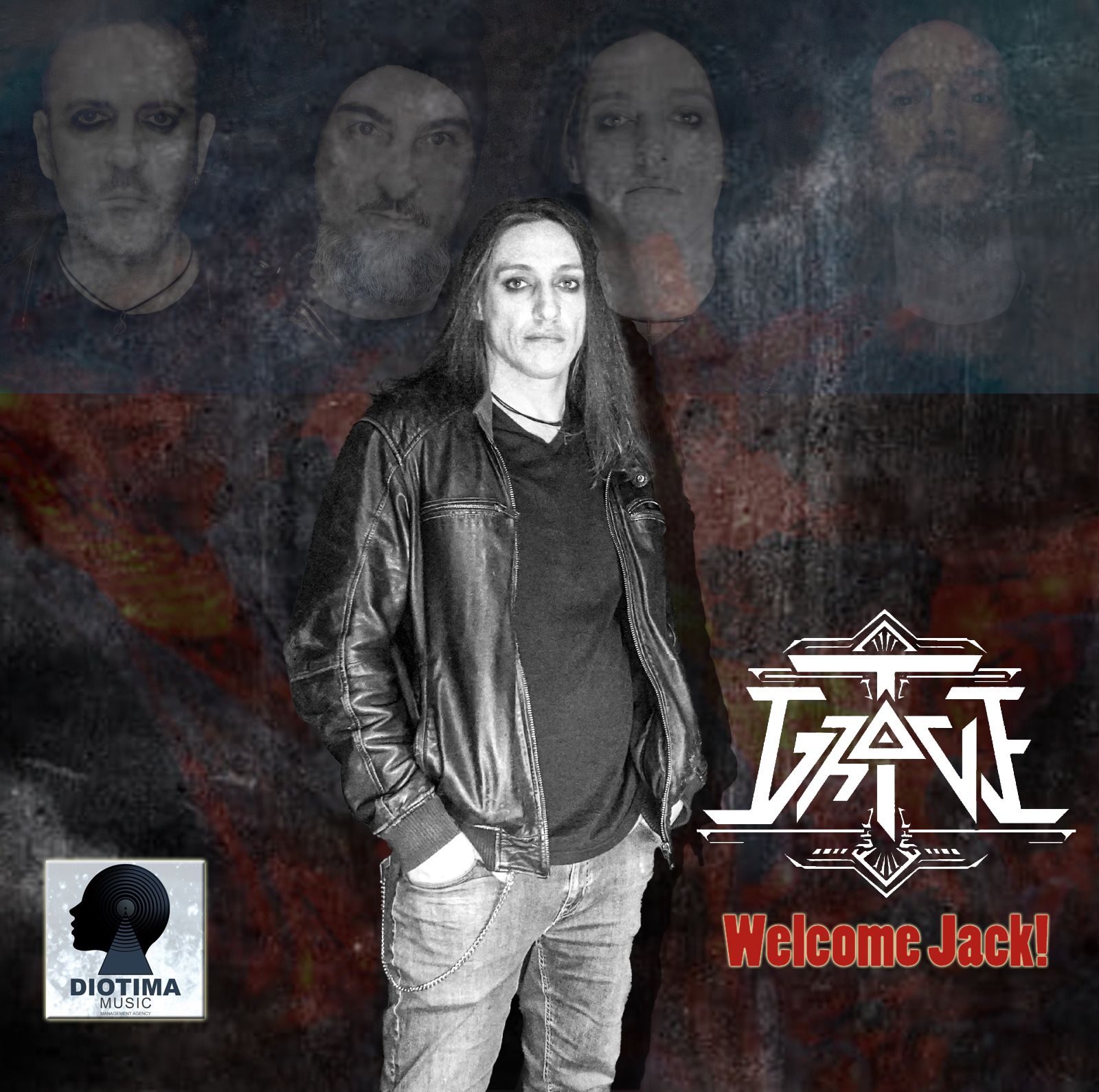 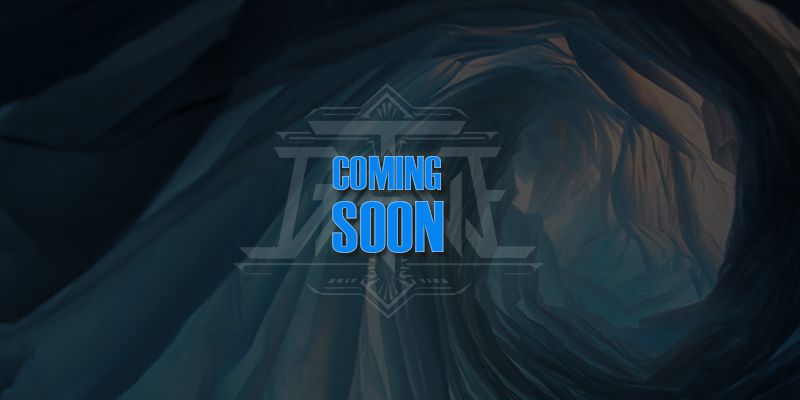 Grave-T officially announce their consensual separation with singer Marco Magnani. After 5 years of collaboration we have decided to separate by mutual consent from Marco. Our collaboration relationship has ended, not our esteem and friendship. We wish Marco the best of luck for his future projects and let's move on. Long Live Grave-T. 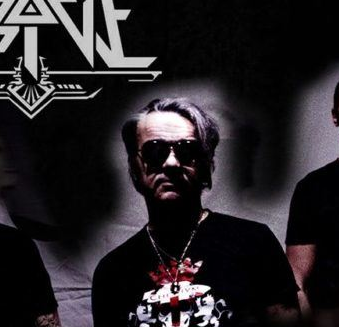 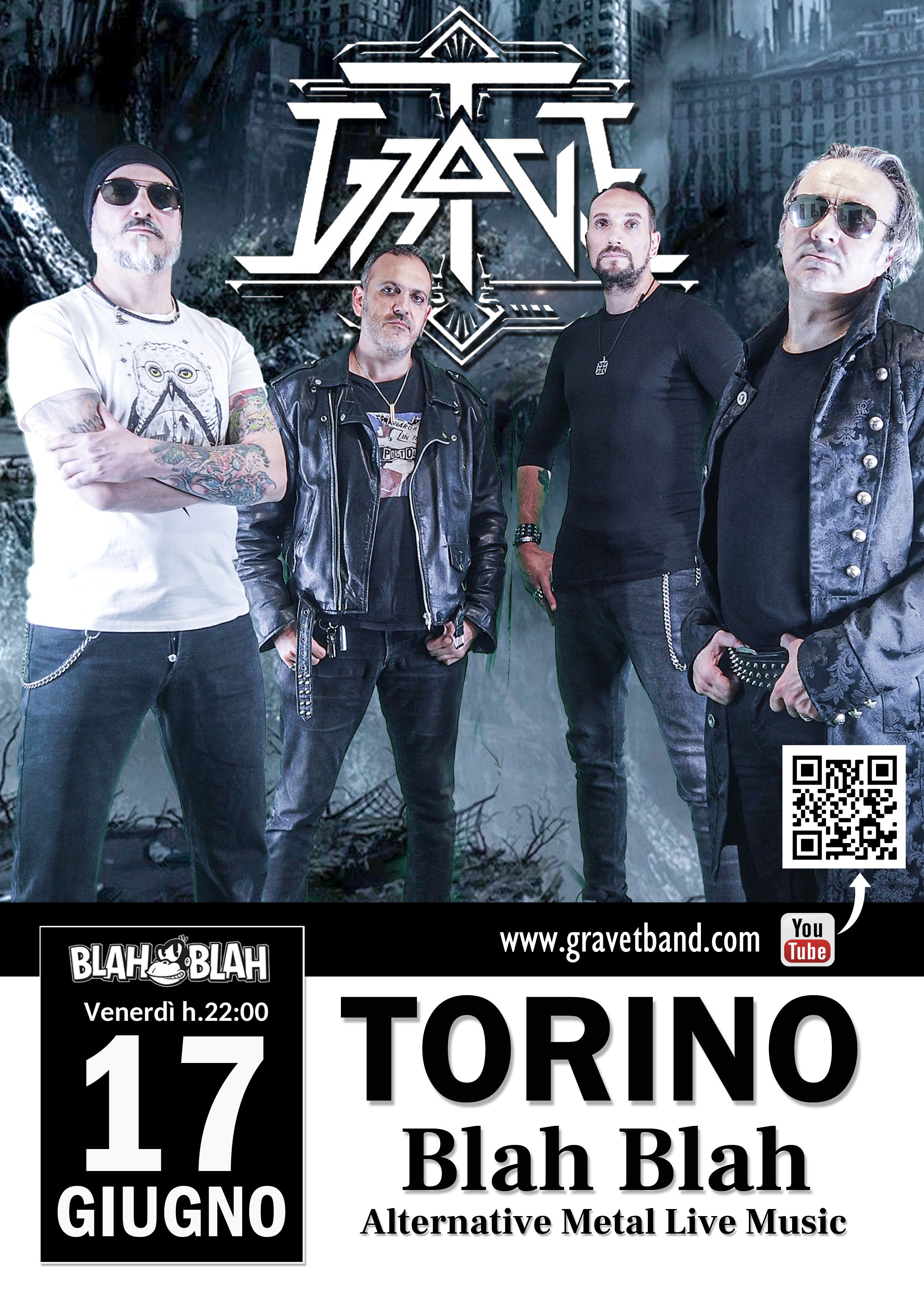 The NFT Grave-T collection is evolving and available on OpenSea market !

The NFT Grave-T  collection is evolving and available on OpenSea market !

The first 15 are available!

Biography
It was around the end of 2014 that the former members of Grave T started to jam with the aim to start a
Stoner Band.
So while they were jamming what was coming out was a mixture of different styles, that brought to the
name of Grave T.
Grave T stands for Grave Torino, the city they all live in. A city with a great past in the musical scene
that suddenly changed into a mere electronical and poppy musical scene even though the city still has a
great black metal music scene. It is however the hardcore movement that gave the city its underground
splendour.
It was their aim to write a story by putting all their roots together and started working on the concept
album Silent Water,
Each member has a different musical background covering genres like Blues, Grunge, Hard Rock,
Blackmetal, Punk, Hardcore and Black-Death Metal.
In 2018 Grave T decided to enter the studio for the recording of Silent Water which was recorded and
mixed at Snooky Records in Turin.
Nearly by the end of the mixing and mastering process the bass-player Alessandro Ferrari left the band
for personal reasons and they were forced to cancel some dates that came up at the time.
After months of researches Adriano Serafini entered the band that is promoting the release and writing new stuff.
The band signed also with Seahorse Record in 2019 who will release the album in early 2020.

At the end of 2021, the new single Revenge has been published on their own as they're no longer  under seahorse recordings. In the meanwhile the band is working on the second album.

At the end of 2022 , Marco Magnani leaves the band and after about a month of searching, Grave-T found Jack, the new front man to start from... and the story continues...

Our new single "Revenge" is out! Available on all the main platforms!

Silent Water
Silent Water is a 10 track concept album based on the binomious of death and resolution of mankind. The landscape is the city with its dark and bright sides which is the frame of the tormented souls that walk the ground. It is a clear reference to the city of Turin the lost city with its great musical past, everyday life, lust, self destruction of mankind, decadent poetry. The story of the tormented souls runs out with the last track "EraHorizon" where a new era and a new consciousness begins. A new start. Musically it was the band's purpose to travel trough the rock genre in order to gather all shades. This is what we may call a rock
journey around the subgenres.
Silent Water was published by SeahorseRecords in 2020.
Available in a digipack version. 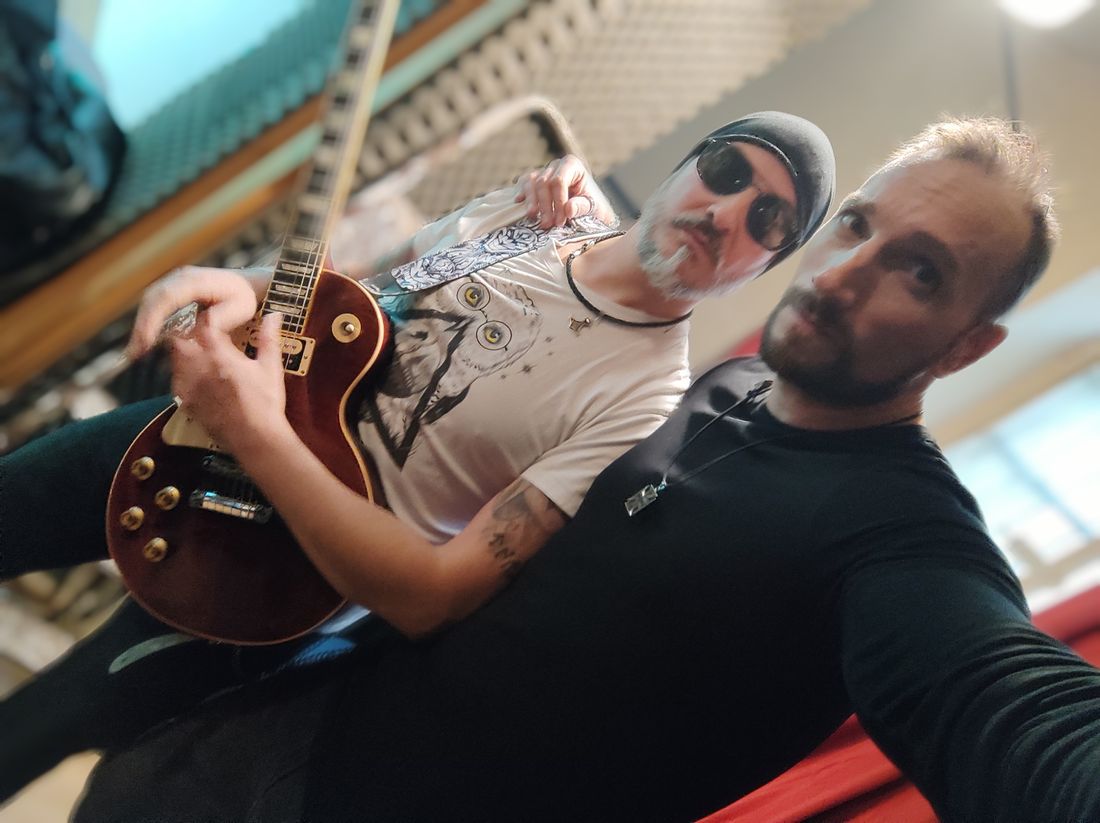 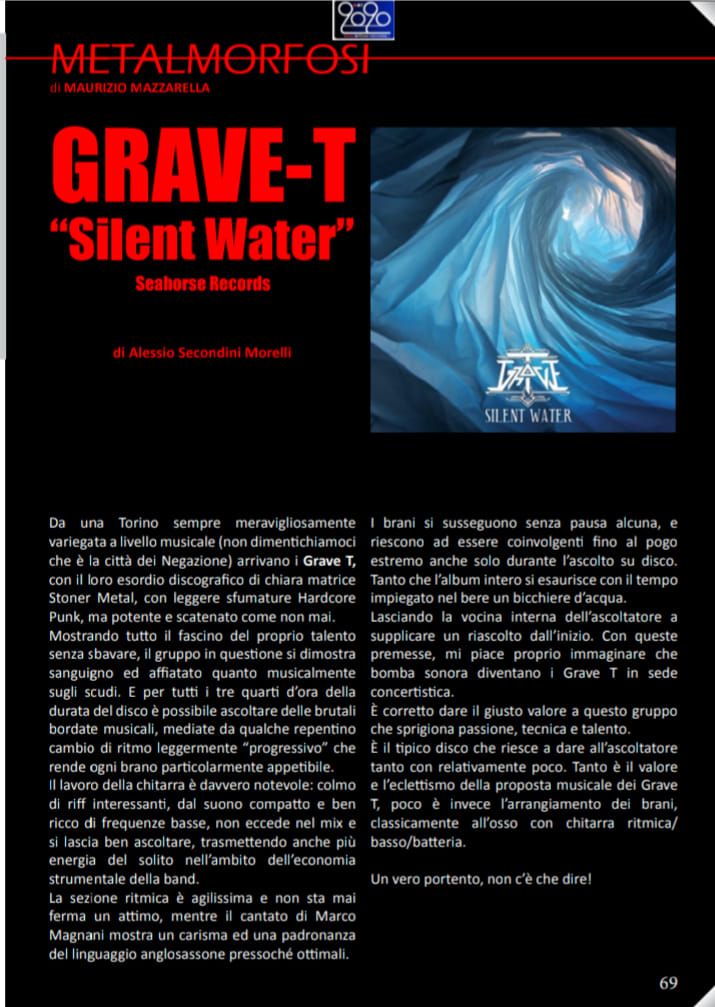 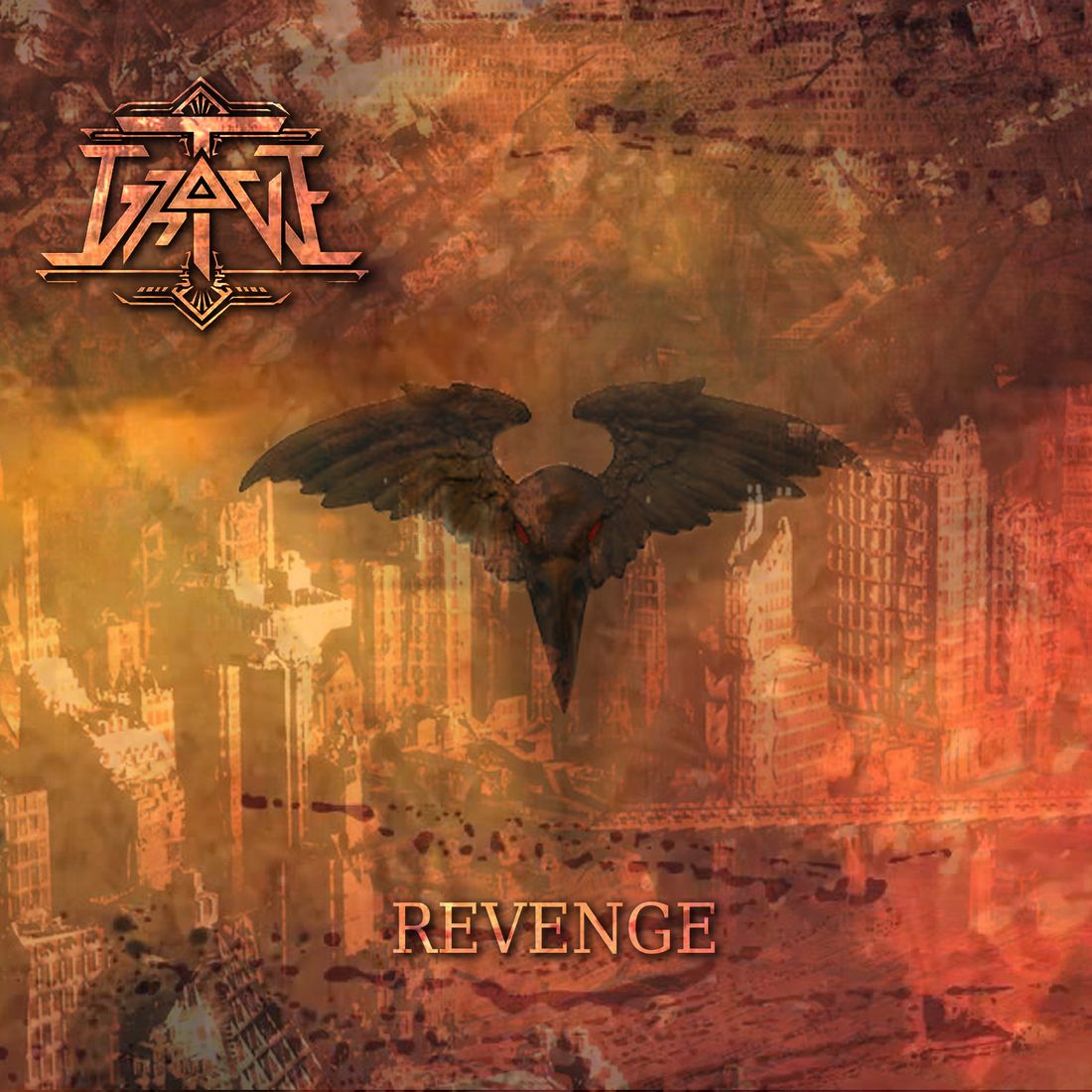